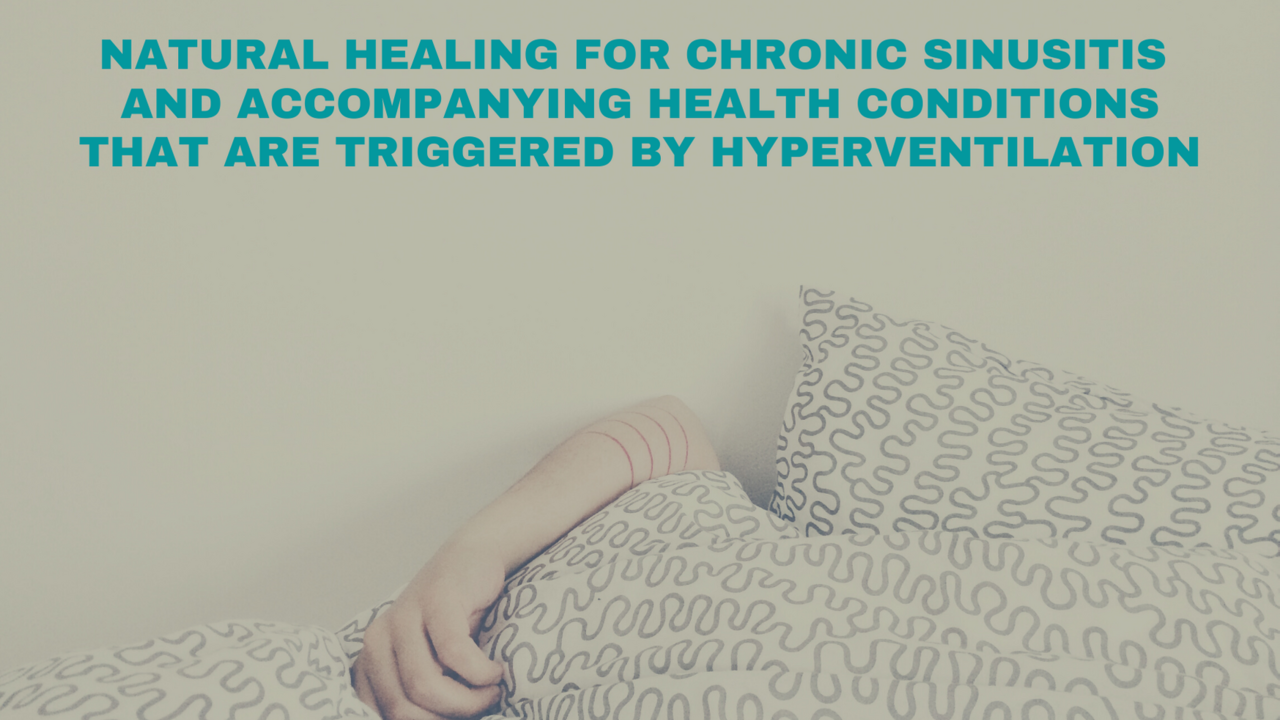 People suffering from Chronic Sinusitis can have other health challenges that are present along with their persistent sinus infection and severe sinusitis.

Prof. K. Buteyko (MD/PhD) made a discovery in 1952 that the conditions listed below are caused by hyperventilation (deep breathing) and developed the breathing reduction method that helps get rid of hyperventilation.

Diseases that can coexist with Chronic Sinusitis:

I used to have Chronic Progressive Sinusitis and was able to reverse my condition with the Buteyko Breathing Method. Since I had Severe Sinusitis for a long time, I also developed Asthma, Allergic Conjunctivitis, Anxiety, and Insomnia (all caused by severe hyperventilation). I was very lucky that I found the reason for my degrading health and was able to learn and apply the Buteyko Breathing Method. I am now free from Chronic Sinusitis, Asthma, and other health challenges.